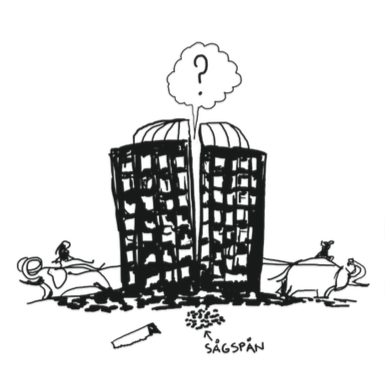 1985 is a monument to a revolution, that manifested itself in a new regulatory framework for the Swedish finance- and credit markets. It marks the beginning of a political shift whereby society’s institutions came increasingly to be regulated through systems of self-surveillance. Central to this process was a market driven model that suddenly seemed applicable to just about any structural problem. 1985 examines and affirms the idea that this was a paradigmatic shift comparable to a revolutionary process, however its attributes and narrative forms are different to those usually associated with a social or political revolution. The monument was enacted in and around a villa on Värmdö, that was acquired in 1968 by the Swedish central bank, as a gift to the employees when the bank celebrated its 300th anniversary. During the following decades it was frequently used for recreation, holidays, and conferences.